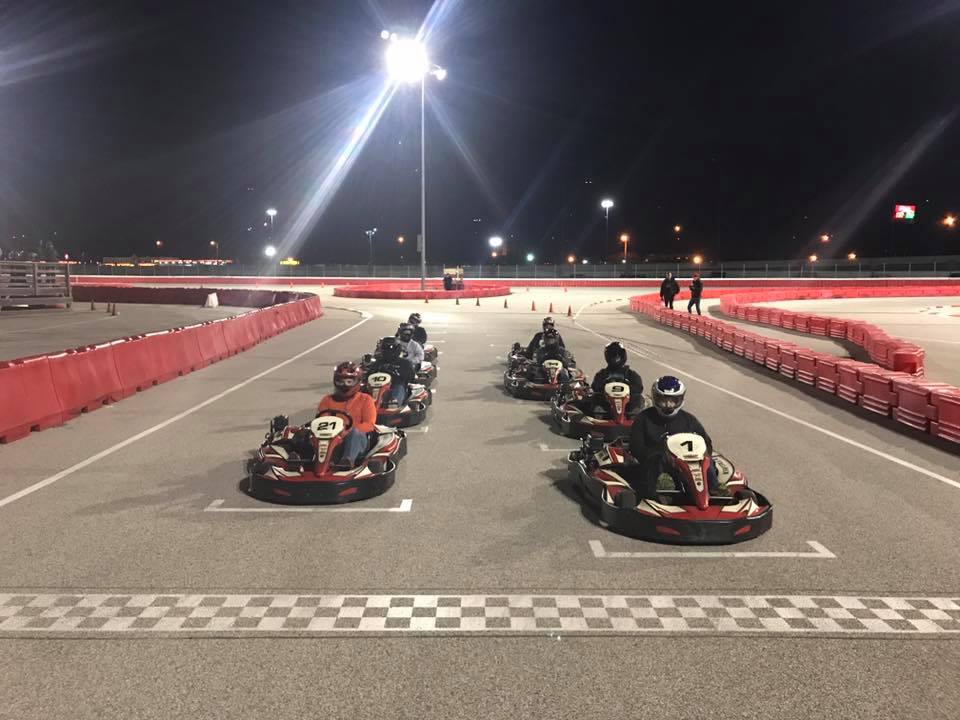 The Season Opener for the Spring iDrive Series was run Wednesday, April 4. Though it was a cold night, we had a great turnout and we were able to successfully complete the first race of the season!

With the number of Heavy Class drivers in attendance, we were able to have two groups compete, as well as a full field of Light Class drivers.

The cold weather did not seem to affect the drivers any, as all races were run bumper to bumper, all racers eager to get the first win of the year.

In our Light Class Micah Floretta was able to take the win in the first heat of the night with Scott McClendon Jr just behind and Jason Jones rounding out the top three. In the second heat of the night for the Lights McClendon made his way up to first with Jones and Floretta following behind.

In our Heavy Class Group One, Taylor Bowman was able to earn first place in both heats of the night! Chuck Mathis and Adam Dooling rounded out the top three for the first heat while second and third went to Jeff Kraatz and Adam Dooling again for the second heat.

A big thank you to everyone who came out to race last night, and support the racers, even in the cold temperatures. We are very glad that we were able to get in the first race of the Spring iDrive Season!

Reminder that our next iDrive event will be held in two weeks, Wednesday, April 18.